Headsets in other Arenas

Heasdsets has long been our business – supplying top manufacturers such as Plantronics, Sennheiser and Jabra to businesses, offices and call centres across the UK and abroad. These headsets connect to desktop telephones, telephone systems, Unified Communications ( Skype for Business ) and even mobile and conferencing endpoints. This being the happy season we thought that we shold look at other uses for headsets – outside from our normal business environment. Of course there is a subtle distinction between headsets and headphones – that headsets allow speech as well whilst headphones are purely for listening.

A headset is becoming the de-facto Human Interface Device along with the touchscreen – enabling the hands to be freed up whilst giving one the freedom to connect to multiple devices whilst getting on with your work. Here are a few examples of headsets use from outside the office. 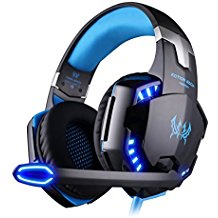 Gone are the days of playing a game alone – now with xBox live and PlayStation Live ( a kind of Gaming 2.0 ) one can play with your friends whilst communicating in real time. Gaming Headsets make this a reality and also minimise annoyance to other members of the household.
Design-wise gaming headsets often are ‘futuristic’ in concept – provoking the image that the player is indeed taking part in a Sci-Fi operation whilst they sport large ear muffs. Gaming headsets come with a voice-tube/ microphone for speech and generally connect via either 3.5mm jack or USB, though wireless ones are available which use either Bluetooth, DECT or WiFi and range in price from around £30 for lower end models to several hundred pounds for the serious gamer.
Of course with VR becoming more and more affordable there are now VR Gaming Headsets such as the Oculus Rift and the HTC Vive becoming more popular – though we are not sure that these are headsets definitively. 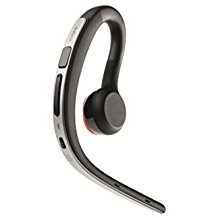 I don’t think that headphones would be recommended for in car use as one’s aural field would be compromised.
However as it is both dangerous and illegal to operate a phone whilst driving many opt for a headset for in car use.
In car headsets are generally lightweight monaural headsets which fit over the ear. They will be chargeable in-car and good models will have at least an 8 hour talk time in the battery.
These in car headsets are great for when you are driving, being able to pick up calls and hang up with one touch and even voice dial in many models.
They, however, do not look the part quite when used out of the car. 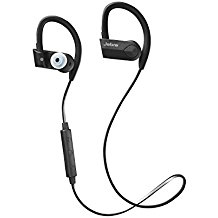 Headsets for sports are predominantly conceived for running/ jogging or in the gym though of course one may wish to wear headphones for many other activities.
Like the car headsets these are very lightweight – usually worn in a round the neck style with the earpieces connected by a wire.
Each earpiece will fit over the ear or in some cases in the ear. The most important properties of a sports headset is that they not come off easily during exercise and that they do not weight much. Some sports headsets are splashproof to protect against water damage from rain or other sources.
Most also have an inconspicuous microphone for making and taking calls whilst on the move. The more basic models are connected via 3.5mm jack whilst some models go wireless via Bluetooth. 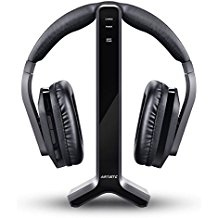 Another common instance for headphone wearing is whilst watching TV. This is especially pertinent for anyone hard of hearing or anyone who just doesn’t want to disturb other people.
Headphones for TV are built for comfort and will connect to the TV by various methods including wired/ DECT/ RF and Bluetooth.
Many cordless TV Headphones will come with a charging stand for convenience. Specialist models are also manufactured for the hard of hearing. Naturally TV Headphones do not require two way speech so no microphone is included.

There are more and more instances of headset use in our very social lives. In some way you could see it as ironic that we should construct a barrier when socialising but as more and more we socialise by proxy the headset becomes ever increasingly an obligatory part of our digital lives. We have concentrated on social situations here as there are many situations in a working/ industrial environment where specialised headsets are worn.